Based on urban planning and architectural principles defined by KCAP+ORANGE during the competition stage, Block 9 is designed as two perimeter blocks that differ from each other in their architecture, but preserve the unity of the Golden City ensemble. The shifted position of the western block relative to the eastern one creates a wide area on the southwest side of the block, from where panoramic views of the bay and the park come alive. The street that runs between the two buildings connects the south square with the north boulevard and opens towards the cruise terminal, providing more space for various street programmes and spectacular landscaping, and enhancing the dramatic appearance of the cruise ships

Apart from its appearance, the unique location of Block 9 – at the tip of reclaimed land on Vasilievsky Island – makes it stand out from the other blocks within the urban plan. Block 9 concludes the development of Golden City and, at the same time, is the first building visible from the Gulf of Finland. Most apartments within the block enjoy a stunning view of the vast bay.

Block 9 concludes the development of Golden City and, at the same time, is the first building visible from the Gulf of Finland

The perimeter blocks, 6-8 floors in height, have small, human-scale street facades and courtyards that offer protection from the wind. Six towers, three on the sides of each block, create a dynamic silhouette visible from the sea off Vasilevskiy Island. The ensemble of Block 9 culminates in a spectacular triangular tower – crowned with a decorative structure and a spire that complements the bright and distinctive appearance of Golden City. 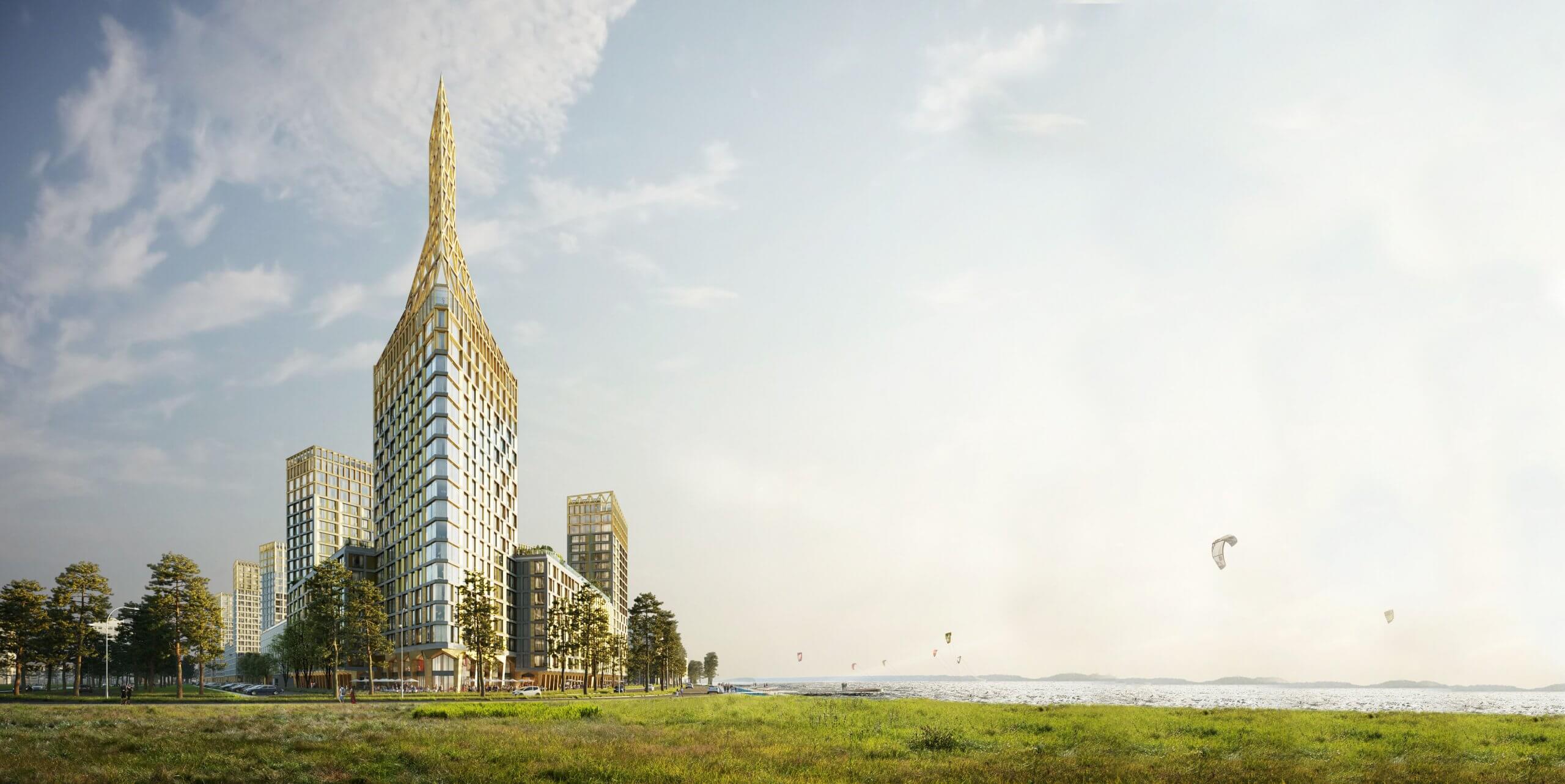 The courtyards are linked along an informal walking trail that runs through all the neighbourhoods like pearls on the meandering chain of a necklace. This route allows residents to experience a variety of courtyard spaces, each with its own unique character, while walking in a sheltered environment. 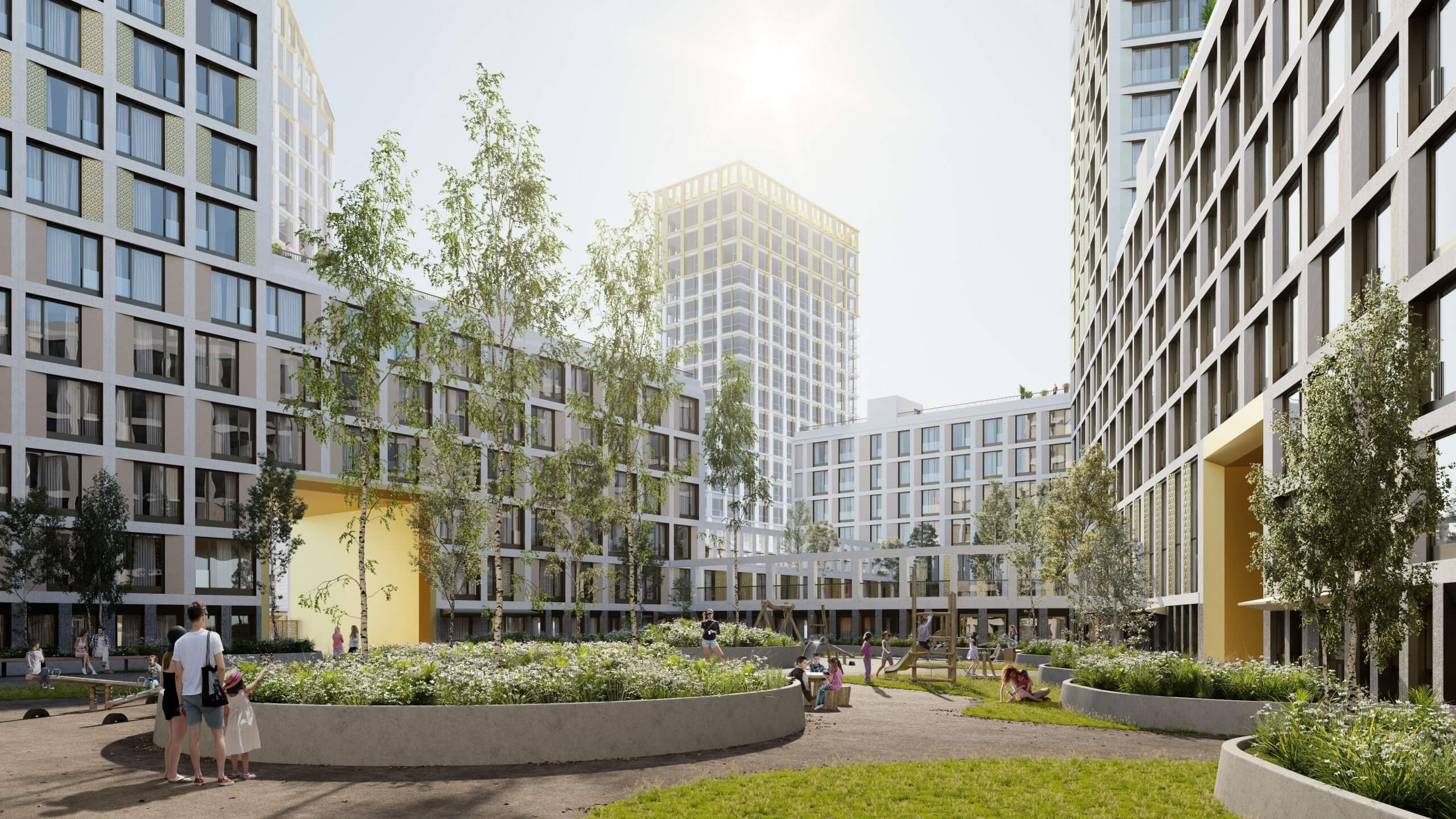 ... The courtyards are linked like pearls along the meandering chain of a necklace …

The facade composition of the western block is based on a patchwork concept. Segments break the extended facades down into smaller parts, giving them variety and reducing their bulk. A range of panoramic windows enables residents to choose the best option for their apartment: from wide and low openings to taller openings extending from floor to ceiling. 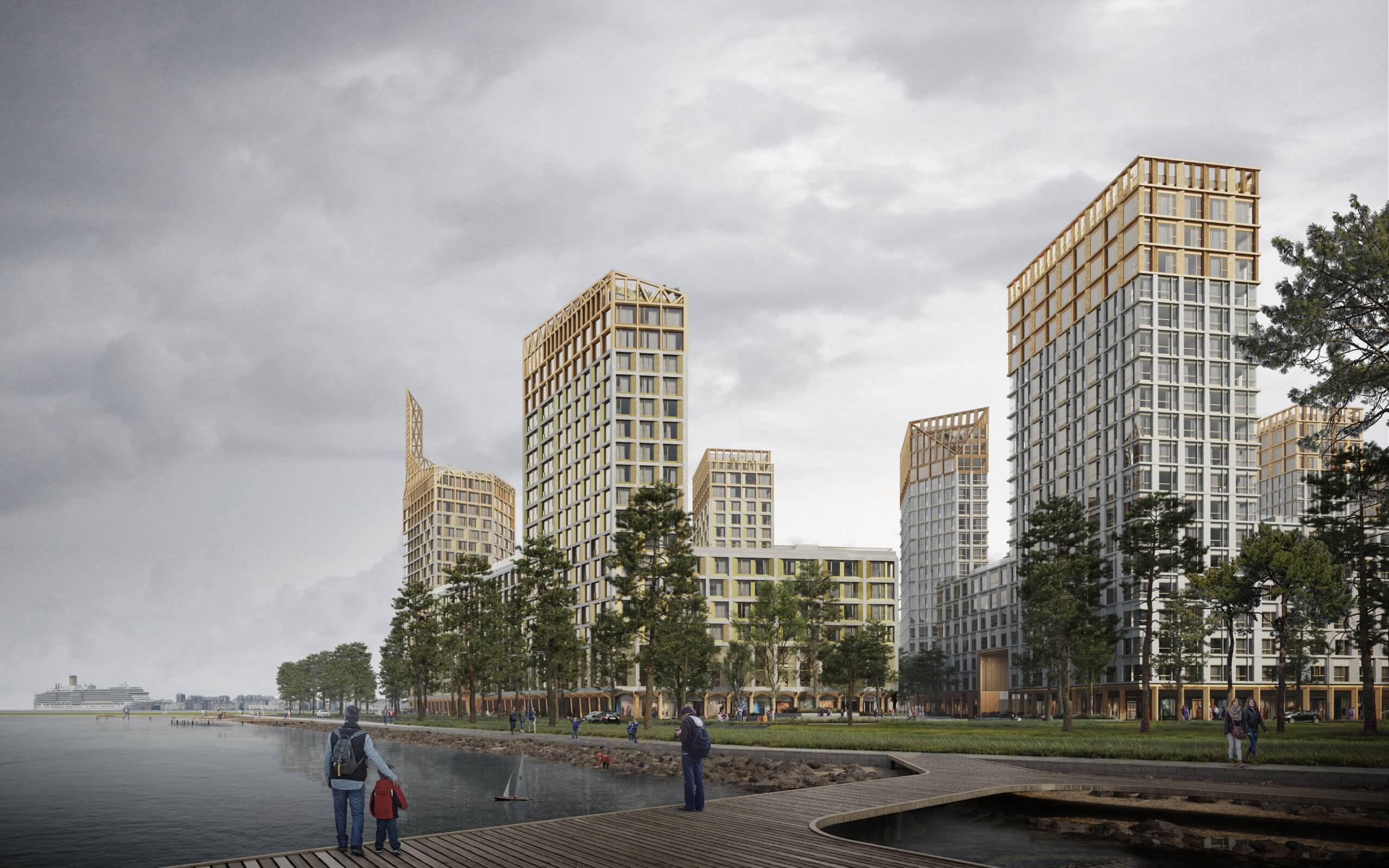 view from the bay
west elevation

Windows increase in size from the bottom to the top of the eastern block. Corner windows and bay windows open up views in almost all directions from the apartments. Shiny piers that change direction accentuate the views and greatly determine the facade articulation.

view on the bay 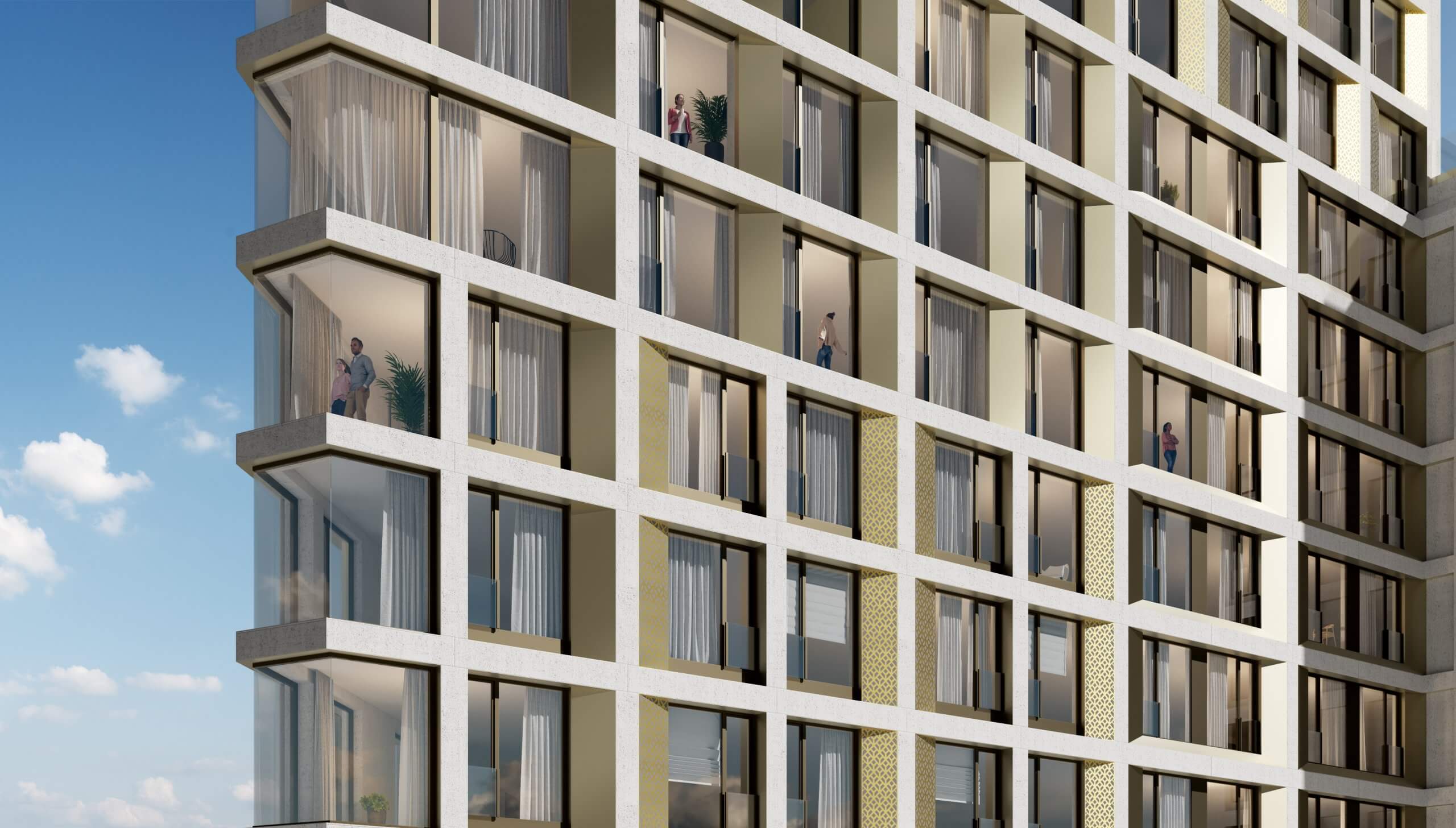 The changing shape of the piers, rectangular on the towers and triangular on the lower floors, creates a vibrant street facade. Glazed white bricks create a highly tactile effect along the street facade. The block contains a wide range of commercial, educational and hospitality functions, from a restaurant and shops to a kindergarten and fitness centre. Residents can therefore avail of many essential services without leaving the block.

The fitness rooms overlooking the Gulf of Finland allow residents of the complex to keep fit while enjoying the panoramic view. Diners in the split-level restaurant can watch the white cruise ships enter the port. Walking up to the roof terrace of the western building offers stunningly picturesque views of the endless expanse of water that takes your breath away!